Cynthia Contie is from Vandergrift (Pennsylvania, USA) and asked herself questions about the relationship between humans and nature in the early days of the emergence of the word “sustainability”.   Here is the short story of an inspirational woman. 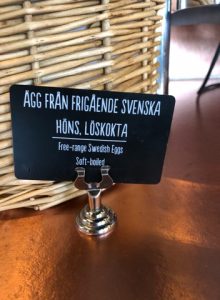 Noticing the mistreating of animals was the first thing that raised Cynthia’s awareness. In the 1990’s, she realized that our way of living and our food systems were causing many sufferings for the animals. In this way, her first action was to buy free-range eggs! Through the time and through her different actions in her daily life, she felt the need to raise awareness among other people too. Even if she thought she wasn’t strong enough to fight against ill treatments, she decided instead to promote awareness through an educational angle toward healthy and good choices that we can make. That’s why she realized recently a master’s degree in education with a minor in earth science.

The second step in her awareness happened when she moved to Minnesota in 1995. As a matter of fact, the state’s culture is infused with the Scandinavian ways of life due to the important migration movement in the 19th and the 20th centuries, so she became more familiar with their important feeling of connection with nature. Thanks to the authors of The Minnesota Green Guide, she had the opportunity to participate to the Sustainable Sweden Tour of SSA in 2002.  “I learnt what I can do as an individual.”

“What we can learn from Sweden, is the sense of community.”

This tour was a significant moment in Cynthia’s life. What she saw was really encouraging because the Tour illustrated that many projects can have a low cost and yet have a profound effect. In particular, she was fascinated by a collaborative project in the Eco-municipality of Robertsfors where the school was engaged to help the farmers who were not able at the time to manage their farms alone. By this way, each side, the youth and elders learnt from each other and helped the local economy to renew itself. The empowerment of people is the key for a sustainable change! Seeing such initiatives in Sweden had a really positive impact for Cynthia’s vision for the future: “What people are dreaming about in the US existed already in Sweden! What we can learn from Sweden, is the sense of community.”

When she came back after the tour, Cynthia was really motivated to share her experience. One example was her decision to quit her corporate job and move back to her hometown Vandergrift. She reconnected with roots and was hoping to also contribute to showing ways the town could realize a sustainable and alive future. Indeed, between 1975 and 2000, the town knew an important period of decline because of the collapse of its steel industry. She contacted Torbjörn Lahti, the chairman of SSA, and became a kind of ambassador of Sustainable Sweden in the USA.

She also took part in a group of community leaders who were engaged for the revitalization of the town of Vandergrift that later adopted the four system conditions. Moreover, she coordinated the book tour of Sarah James and Torbjörn Lahti in 2004 that sparked the Eco-municipality movement in the USA: there are more than more than 30 ecomunicipalities in the Midwest of the US, and an additional 3 in the Northeast. Even if many are not active today, the roots from the four guiding principles were well anchored. 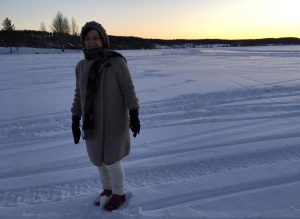 From that time forward, Cynthia continued to build bridges between sustainability lessons in Sweden and initiatives in the US, including leading a Sustainable Sweden Tour in Sweden in 2004 and volunteering for Vandergrift revitalization.  She also has worked for sustainable minded organizations and collaborated again with Torbjörn Lahti and Sarah James to coordinate a book tour in the US and Quebec in 2014 upon the release of Mr. Lahti’s most recent publication, My journey with the Ecomunicipalities. Cynthia’s journey with the Ecomunicipalities and Sustainable Sweden continues today.